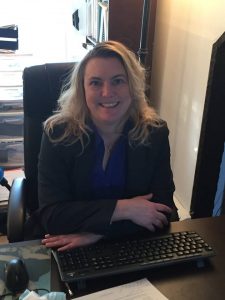 Sheryl D. King Richards became an associate attorney with the firm Eisenberg Margolis & Maldonado, PLLC on January 1, 2017, after working for the firm in an of counsel capacity for several years.  She earned a double major Bachelor of Science degree in Social Work and in Human Development & Family Studies from Kansas State University in 1992.  In 1994, she was awarded a Master’s degree in Social Work (MSW) from the University of Kansas.  Thereafter, she earned her Juris Doctor from Delaware School of Law in 1997, and an LL.M. in Taxation from Villanova University in 1999.

In 1997, she served a term position as a judicial law clerk to the Honorable Marvin E. Schlosser, Superior Court of New Jersey.  She also served as a Matrimonial Early Settlement Panelist and a mediator in the New Jersey Superior Court.  Since that time, her primary practice area is Family Law and she is licensed to practice in New York and New Jersey.

Her knowledge and experience as a Family Law attorney and as a social worker enable her to empathetically guide you through the legal process.